Are you looking to get FREE answer key for Carbon Cycle Gizmo questions? If YES, check below for solutions.

NOTE: All answers are checked twice before publishing them to you. So, please share if it helps you.

Prior Knowledge Questions (Do these BEFORE using the Gizmo.)

In the process of photosynthesis, plants intake carbon dioxide (CO2) from the atmosphere & water (H2O) from the soil. Using the energy of sunlight, plants build molecules of glucose (C6H12O6) & oxygen (O2). (You can find all the answers in green color below)

Q.1. How do plants on Earth affect the amount of carbon in Earth’s atmosphere?

Ans: Plants take in carbon dioxide (co2) and process it into oxygen(o2).

Q.2. Animals eat plants and produce carbon dioxide and How do animals affect the amount of carbon in Earth’s atmosphere?

Q.1. From Earth’s atmosphere, where can the carbon atom go next?

Q.2. Click on Land plants and read the description (at the bottom of the simulation). How did the carbon atom get from the atmosphere to a plant?

Ans: Plants use energy from the sun for photosynthesis. Most of the oxygen is released.

Q.3. Select Land animals. How did the carbon atom get from land plants into the animal (read the description )?

Q.4. Select Atmospheric CO2. How did the carbon atom get from land animals back to the atmosphere?

Ans: They release carbon dioxide back into the atmosphere through cellular respiration.

Introduction: Earth can be divided into 4 systems. The atmosphere is the air above Earth’s surface. The hydrosphere is composed of all of Earth’s water. The geosphere is the rocky, non-living part of Earth. The biosphere consists of all living things, including us. Few scientists use the term “anthroposphere” to describe everything made or modified by humans.

Question: How does carbon move between the atmosphere, hydrosphere, biosphere, and geosphere?

Q. 1. Explore: Use the Gizmo to create a path for carbon (7 steps total) that begins and ends in the atmosphere. Fill in the steps in the path below. Then, summarize very briefly how the carbon atom got to that

Q. 2. Create: Click Reset. Use the Gizmo to create a path in which the carbon atom goes from the atmosphere to the hydrosphere, biosphere, and geosphere (see the definitions at the beginning of Activity A). Describe each transition

Q. 3. Explore: Use the Gizmo to create three more (different) carbon paths, each starting and ending in the atmosphere. Label each location with A for atmosphere, B for biosphere, G for geosphere, or H for:

Q. 4. Explain: Based on the Gizmo, explain how the following transitions might take place:

B) Describe at least two ways that carbon can get from the atmosphere to the hydrosphere.

C) Describe two ways that carbon can get from the ocean to the lithosphere. (The lithosphere is the rigid layer of the Earth, including the crust and part of the)

Introduction: Fossil fuels, such as coal, oil, & natural gas, formed over millions of years from the remains of ancient plants & animals. The burning of fossil fuels, as well as other human activities, increases the amount of carbon dioxide(Co2) in the atmosphere.

Question: How does human activity affect the carbon cycle?

Q. 1. Describe: Using the Gizmo, determine how coal and petroleum (oil) are Describe the steps required to form each fuel from atmospheric CO2.

Coal: It goes from the atmosphere to plants in photosynthesis. When the plant is compressed after it dies, coal is formed.

Petroleum: It goes from the atmosphere to plants in photosynthesis. The plant goes to soil and to sediments. Then it goes into petroleum.

Ans: The formation of natural gas is related to the formation of coal and petroleum because they are both made from the same thing and one of our ways of fuel. They both produce carbon dioxide when being used for fuel.

Q. 3. Describe: Fossil fuels are used in many Using the Gizmo, describe the main use for each fuel.

Coal: The main use is electricity generation.

Q. 4. In each of the above cases, what is the end product of burning fossil fuel, and where does it go?

Q. 5. Explore: Another major contribution to atmospheric carbon dioxide is the cement industry. Using the Gizmo, find and list a carbon atom path from the atmosphere to the cement plant. (Hint: One of the ingredients in cement is )

Q. 6. How is carbon dioxide produced in a cement plant?

Ans: During the process of making cement, the cement plant produces carbon dioxide.

A) How do land animals create methane?

Ans: Bacteria break down undigested materials and produce methane gas. When they eat plants, they are transferring the carbon from the plants to themselves. When they eat, they create waste and this waste produces methane.

B) Humans raise large numbers of cattle for How will these herds of cows affect Earth’s atmosphere?

Ans: They produce large amounts of methane gas into the atmosphere.

Q. 8. Analyze: In many tropical rainforests, people clear land by cutting down trees and burning them. After a few years, the soil runs out of nutrients and cannot be farmed any How does this practice of “slash and burn agriculture” affect Earth’s atmosphere?

Ans: This releases large amounts of carbon dioxide into the atmosphere. Also, since there are fewer trees, it is harder for them to process the carbon dioxide.

Q. 9. Draw conclusions: In general, how do, many human activities influence the carbon cycle?

Ans: We use coal & petroleum as resources & then once we burn them, they form carbon dioxide(Co2). We drive our cars, fuel our houses, and many other resources. We, as a society produce a large amount of Co2 & it is not always turned back into oxygen by plants due to many factors. This greatly impacts the amount of Co2 in the atmosphere because rather than being turned back into oxygen(O2), it remains Co2. This ends up polluting our oxygen in every manner.

Question: How can we model changes in atmospheric carbon over time?

Q. 1. Observe: The MODEL tab shows a simplified model of the carbon cycle. The ovals represent carbon reservoirs, where carbon is The unit “GtC” stands for gigatonnes of carbon, where one GtC is equal to one trillion kilograms of carbon. The arrows represent how much carbon moves from one reservoir to another each year, in gigatonnes per year.

A) Look at the arrows pointing toward atmospheric CO2. What are the two major sources of atmospheric carbon?

B) A carbon sink is a location that stores carbon for a long period of time. Which two carbon sinks remove carbon from the atmosphere?

C) Without changing the Gizmo, list the carbon reservoirs from largest to smallest.

Note: The largest carbon reservoir is considered to be Earth’s lithosphere, which contains about 80,000 GtC. But, there is not much exchange between the lithosphere & the other reservoirs on short time scales.

Q. 2. Calculate: Carbon dioxide is a greenhouse gas that helps to trap heat in Earth’s atmosphere. We need some CO2 in the atmosphere to maintain a warm planet, but excess carbon can cause considerable warming of the planet.

A) What fossil fuel usage will result in no change in atmospheric CO2 each year?

B) How does increasing plant biomass (amount of plants) affect atmospheric CO2?

Ans: The ocean would continue to soak up more & more carbon dioxide(Co2) until global warming heated the ocean enough to slow down ocean circulation.

Q. 4. Think about it: Since hard-shelled organisms evolved about 550 million years ago, billions of tons of limestone rock have been produced from their shells. Limestone is made of calcium carbonate, with the formula CaCO3. Based on this, how do you think the amount of atmospheric CO2 has changed in the last 550 million years, & how has this affected Earth’s climate? Explain your answer.

Ans: Carbon dioxide(Co2) has decreased over the last 200 million years only because of speeding up of the passage of carbon atoms from their volcanic sources into sediments.

Gizmo presents you with the best STEM learning tools for the students. Its easy interface allows its students to deal with real-time concepts. Their concepts include analyzing the data, measuring, comparing results from successful experiments.

Hope you got access to Carbon Cycle Gizmo Answer Key for levels A, B & C by following our above solutions. Share with other students if you find it helpful.

AUTHOR
Dylan Riley
Hi, I'm Dylan, and I've been a teacher for over 15 years and have taught students at all levels. I created this blog to really help students get ahead of their exams as well as provide helpful guides on various courses.
Related Posts 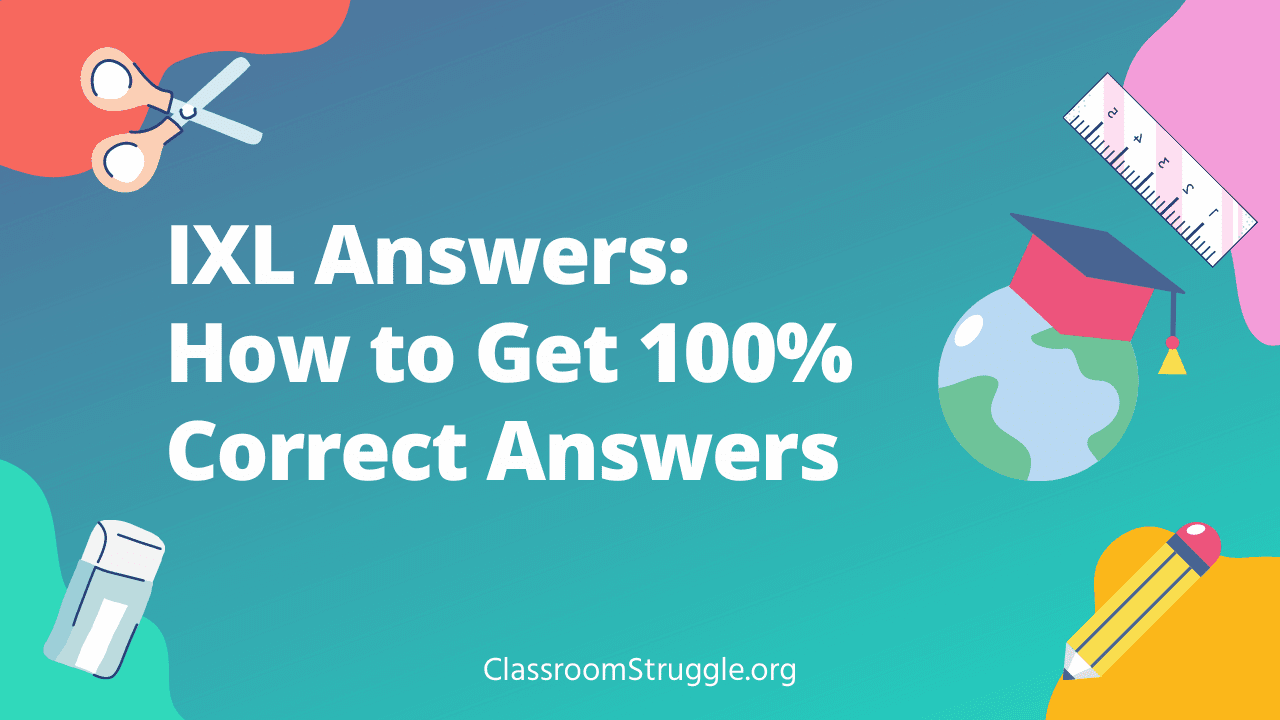 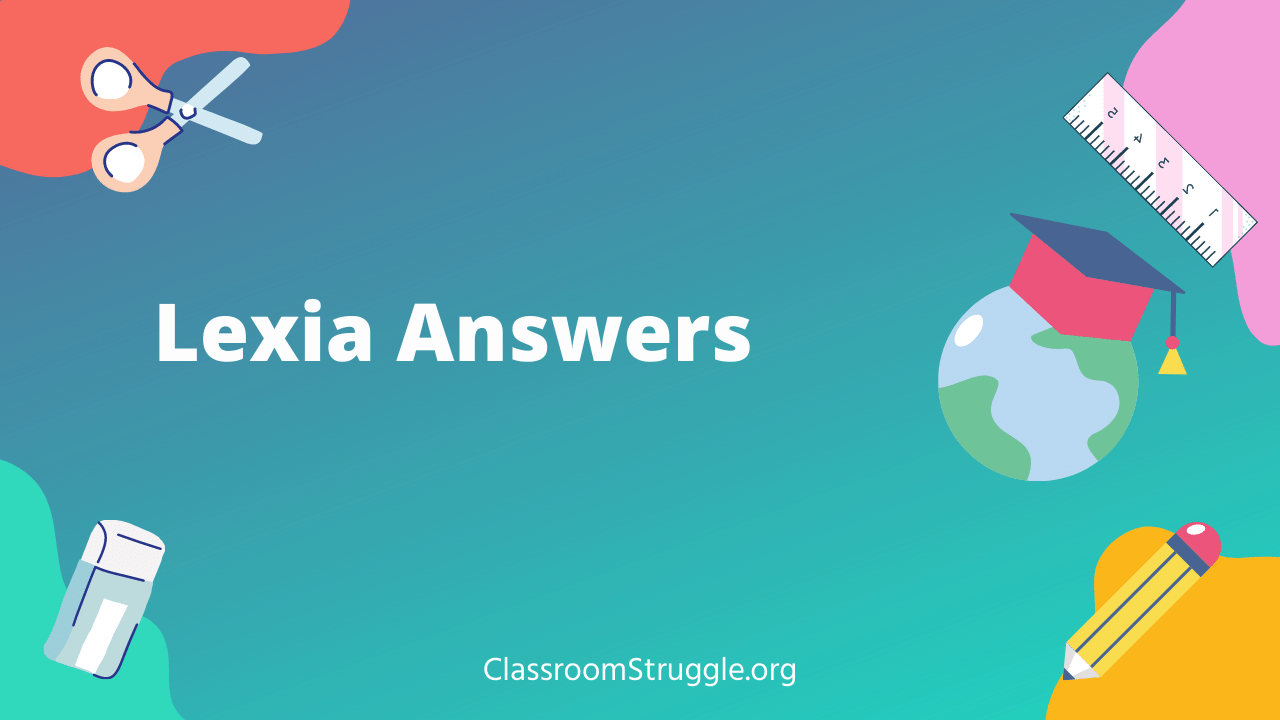 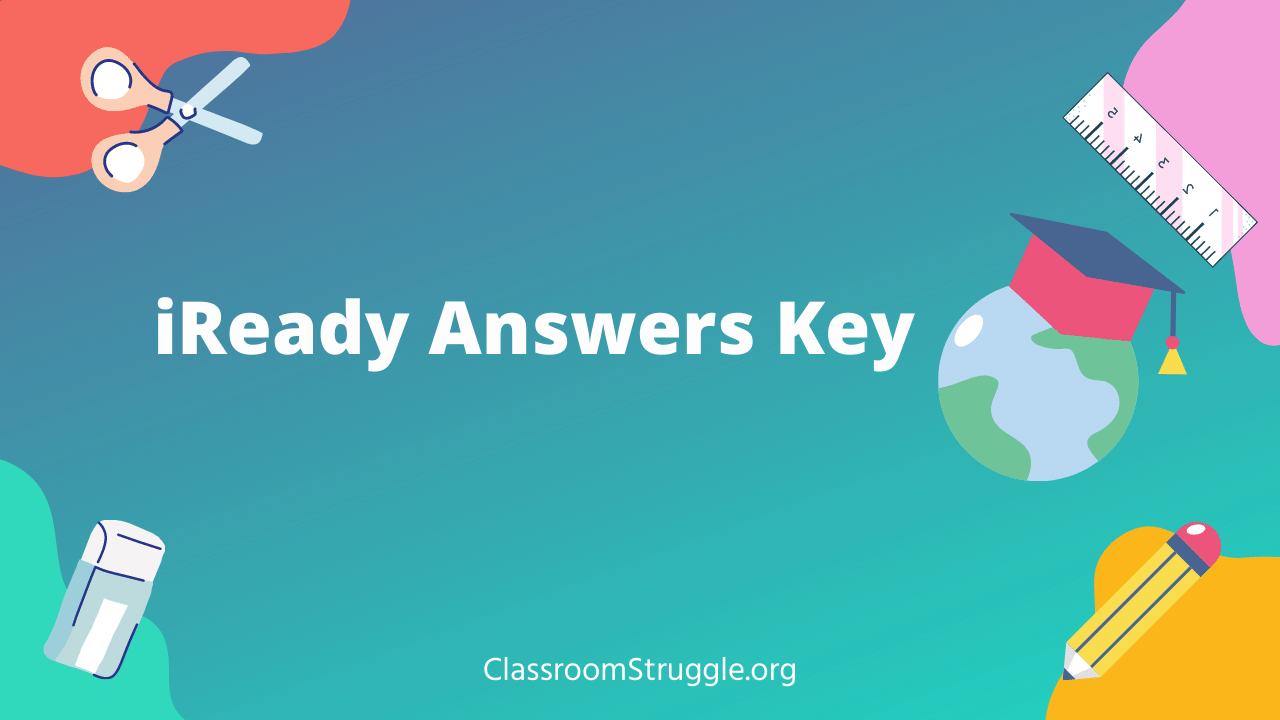